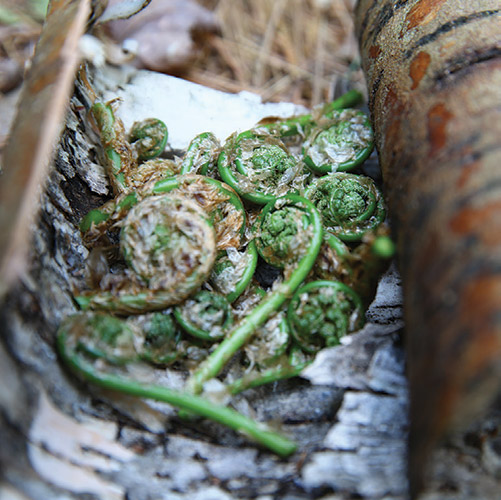 "Dinner found fresh from the land"

Foraging goes against everything most of us have been taught. If it doesn’t come wrapped in styrofoam and cellophane with a government seal on it, we ask, “Is it safe to eat?” It’s a fair question, and that’s the number one concern when looking for dinner in the great outdoors. But it’s also the thrill and excitement of finding an otherwise elusive ingredient that will blow the minds of the people you serve it to.

Noma, where at least one component of every dish has been foraged, has been at the top of the food chain in terms of world’s best restaurants for many years now. (It’s been number one for three years.) Chef René Redzepi has become an authority on the subject to the point of mind-bending madness. It’s truly incredible when you begin to see the world as he does, possibly the truest form of local, in-season and fresh! If the top restaurant in the world with the most inventive and insightful chef does it, then we should certainly begin.

Some of the most common and accessible ingredients for us in Ontario are fiddleheads, the tender new shoots of the fern; those pesky dandelion greens and flowers that we have been pulling from our yards; and, one of my favourite ingredients, mushrooms. Happening upon oyster, chanterelle and morel mushrooms in the middle of the woods is like finding a golden nugget at the bottom of a pan. But before we continue, I must say: Do not eat anything you cannot positively identify and deem safe.

On a recent trip with my boys to Algonquin Park for our annual back country adventure, we planned to forage for whatever was available. With hiking boots on and a large strip of birch bark as a makeshift basket, I went into nature’s market with high hopes. After searching for some time, I found a patch of light in the thick forest that revealed the brand new growth of ostrich ferns. Unmistakable in appearance, just as the name implies, the bright green new growth was poking through the floor of the woods.

Since they were still a little young, I left them for the next day, hoping for a bit more substance. We pressed on and quite by accident found the one and only patch of morels. I almost set my bag on top of them, but crouching down it was easy to see the unique appearance and confirm the mushrooms’ identity. Occasionally ingredients have evil twins and there is a false morel. It’s important to study both and understand the differences.

We marked the spot and planned to return the next day to harvest and prepare our find. As kids, our curiosity for everything outdoors is so high, but as we get older I think we forget how much fun it is to get out and muck around looking for a bit of an adventure. Foraging is great exercise with a chance to see flowers, birds and all kinds of wildlife – often without cellphone service.

Even if you’re unsuccessful in locating ingredients, the journey is well worth the effort.

Farmers’ markets often have vendors who have sweet spots where they forage they’ll never share, but you can get a taste of some of their bounty.

Back in Algonquin, we returned to the marked locations and harvested the fiddleheads and morels. I had planned a very simple dish of potato gnocchi, which is no more than russet potatoes, flour and water (remember, no eggs in the back country). A quick blanche of the gnocchi and sauté of the morels and fiddleheads combined over the fire for ‘gourmet outdoors.’ The end result was so satisfying and we were grateful that we had found some of what we looked for.

Foraging can be enjoyed anywhere in the world and is great to share with children, keeping our imaginations and palates fresh! 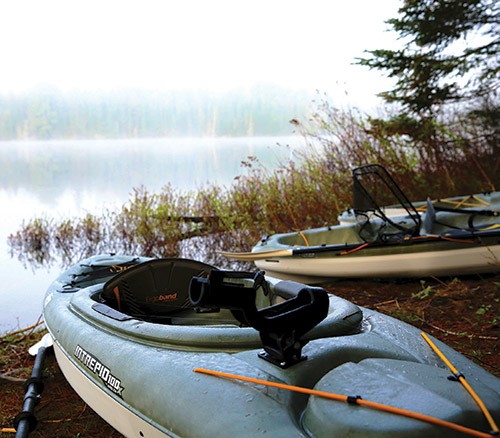