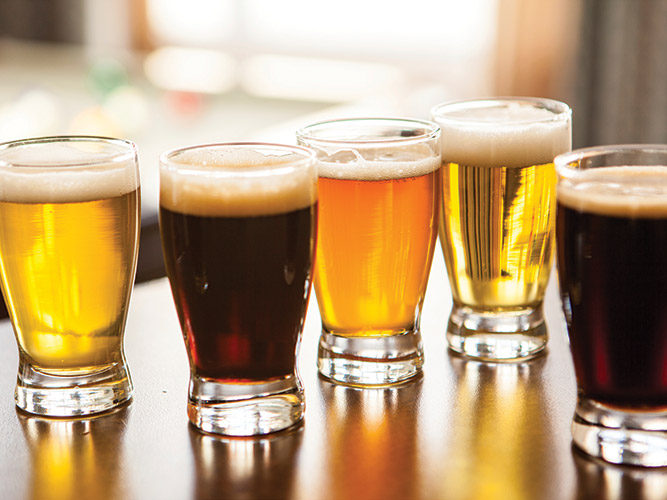 "Follow the rules or let personal preferences rule the day?"

With the explosion of craft beers on the Canadian suds-scape, it’s easier than ever to find new and exciting combinations of food and drink. But all this variety can be a bit overwhelming, so here are some words of advice from a few local experts.

According to Rick Doyle, co-owner of Toboggan Brewing Company, many suggestions for pairing food and wine can be applied to beer. “With grilled or smoked meats, serve a fuller flavored beer, like an amber or a stout but with something lighter, like salad or fish, try a blonde or a wheat beer,” he advises.

Milos Kral, owner of Milos Craft Beer Emporium, says when picking food pairings, wheat or blonde beers can be substituted for white wines, while darker beers can be enjoyed in place of reds. Try a glass of stout or porter with a heavier meat dish, like lobster or steak, he suggests – and wheat or blonde beer with your favourite fish or chicken dish.

Wayne Newton, who describes himself as an “omnivore of the beer world” and often writes about craft beer for national newspapers, says choosing the right pairings is a personal pursuit. “Go with what tastes good to you,” he adds, noting many crafters websites offer tasting notes.

He’s excited about the emergence of dark beers being offered by many Ontario craft beer makers. “Ontario crafters reinvented the IPAs and now they are doing the same with dark beers.” He recommends enjoying a nice stout with a plate of raw oysters. “Railway City and Forked River both have excellent dark beers.”

"All four experts agree that the perfect finish to any meal is a stout matched with your favorite dessert."

Because grilling is one of summer’s great pleasures, Newton also recommends Dead Elephant from Railway City Brewery in St. Thomas as the perfect match to barbecued burgers.

Railway City co-founder Paul Corriveau echoes this sentiment and adds that he likes to pair a hoppy beer with spicy Thai or Indian dishes.

“Wheat beers are so refreshing and often have a lower alcohol content, so they are perfect for summer socializing on the patio,” says Corriveau.

All four experts agree that the perfect finish to any meal is a stout matched with your favorite dessert.

“The roasted coffee flavors of stout are delicious with chocolate or berries,” says Doyle. Newton agrees.

“A rich chocolate dessert pairs perfectly with a craft porter or stout,” he says. “Drink a lager or wine with dinner but go with stout with dessert.” 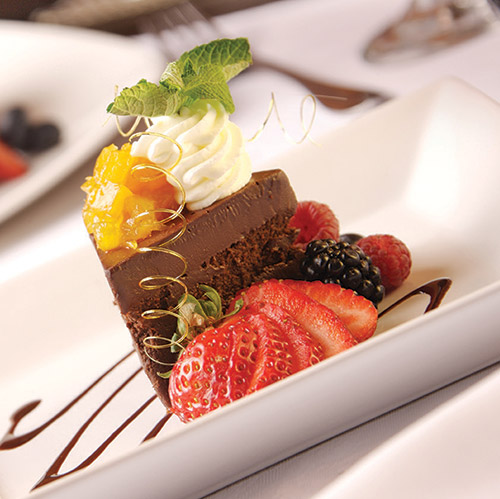