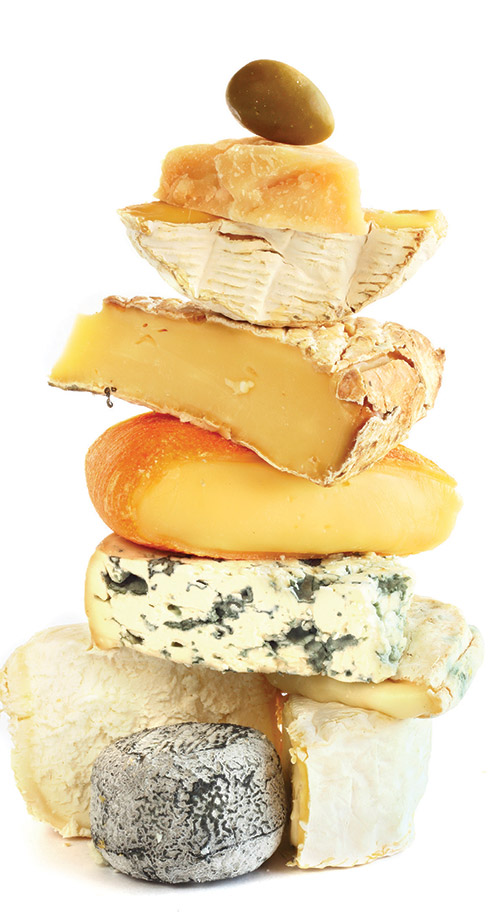 "Oxford County is getting cheesy"

Long known as the dairy capital of Canada, Oxford County is emerging as a leader in artisan cheese. There were 98 cheese factories in the county at its peak, and currently seven are producing cheese and carrying on this legacy.

According to Meredith Maywood, tourism specialist with Tourism Oxford, cheese-making in Oxford goes back to the mid-1800s with the first factory located in what is now the Elm Hurst Inn.

The Elm Hurst Inn – formerly the James Harris Cheese Factory, maker of the world-famous 7,300-pound wheel of cheese that travelled the world on display in 1866 – celebrates that heritage by serving many locally crafted cheeses alone and in dishes. Chef Michael Davies knows that today’s informed gourmand prefers locally sourced ingredients, so he “likes to support local purveyors and producers” by coming up with creative recipes that celebrate the dairy culture of Oxford. With such menu stars as Upper Canada Ale and Gunn’s Hill Five Brothers Cheese Soup, and many others that feature area cheeses, Davies makes the most of local products to fill out his offerings.

Shep Ysselstein, of Gunn’s Hill Artisan Cheese, grew up on an Oxford dairy farm. He is the cheese maker responsible for introducing Five Brothers Cheese in 2011. Two years ago this farmstead cheese was chosen as the premier product in its class at Canada’s World Series of cheese, the Canadian Cheese Grand Prix. Since then Gunn’s Hill Artisan Cheese has won several other awards at this and other competitions.

Having worked on the dairy farm since he was five years old and having trained in Switzerland, upstate New York and Vancouver Island, Ysselstein is just one of several cheese makers in Oxford taking artisan cheese making to the next level.

Two years ago, Tourism Oxford put together a cheese trail to introduce travellers to the many options for enjoying cheese around the county. This fall it will be expanded, according to Maywood, to include “more restaurants and food experiences involving cheese. For instance, all the Woodstock Art Gallery openings are going to be featuring local cheese.”

Stops on the cheese trail include the Ingersoll Cheese Factory, where you can don an apron and have your picture taken with an old-fashioned cheese wheel, and a selfie with the statue of Springbank Snow Countess, an award-winning Holstein that won the world record for lifetime butter fat production, at the corner of Springbank and Dundas in Woodstock.

Two years ago, Tourism Oxford put together a cheese trail to introduce travelers to the many options for enjoying cheese around the county.