THE SKIN YOU'RE IN 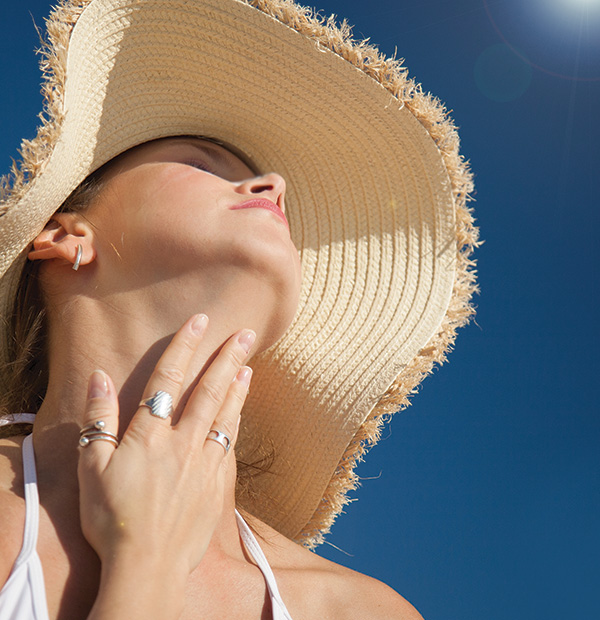 "DERMATOLOGIST HAS ARSENAL OF TREATMENTS TO FIGHT SUN DAMAGE"

With winter little more than a memory, people are heading for the beach, the boat, the cottage. But as welcome as the summer sun may be, it’s important to remember that it also poses risks, says London dermatologist Dr. Wei Jing Loo. At her DermEffects clinic in Hyde Park, she sees a range of skin problems caused by sun exposure, from lines and wrinkles to pre-cancerous lesions and skin cancer. She also has an arsenal of treatments for those issues.

For people who have had considerable sun exposure, lines and wrinkles are often an issue. Loo says 80 per cent of aging is photoaging, caused by exposure to UV radiation, from the sun or artificial sources such as tanning salons. DermEffects offers a full spectrum of laser skin resurfacing treatments.

“By having an array of laser platforms available, we can tailor treatment plans to suit specific concerns and skin types,” Loo says.

The ablative, or more invasive, Pearl fractional laser can “pretty much turn the clock back five to 10 years” in the skin’s appearance, she says. But the downtime is about seven days, which may be inconvenient for some clients. At the other end of the spectrum, less invasive procedures, such as the Laser Genesis which uses heat to stimulate collagen production, have no downtime.

In between is radiofrequency microneedling, sometimes called collagen induction therapy. The Lutronic INFINI microneedling procedure creates thousands of tiny channels into the skin, triggering the production of new collagen. The downtime, Loo says, is 24 to 48 hours, with usually just a bit of redness and swelling.

Loo says these modalities can also be combined with an innovative procedure, called platelet-rich-plasma therapy, that’s gaining popularity among dermatologists and cosmetic specialists.

This involves taking the patient’s blood and separating the red blood cells from the clear plasma, which is rich in stem cells and growth factors that trigger tissue rejuvenation when injected. “Essentially, it’s harvesting your own immune system to repair and regenerate your skin,” she says.

Liquid nitrogen works best for spot treating individual lesions. But for a larger field of such cells, Loo prefers the photodynamic therapy, which uses a special red light to activate a topical medication. She uses Metvix cream to cover the area and, after a three-hour incubation, activates it with the red light. “The combination of the chemo cream and the light produces a chemical reaction that gets rid of the pre-cancer cells on the skin,” she explains.